A Millennial's Thoughts on Home Ownership

When it Shouldn’t Go as Planned

I'm not worried, I've got a plan - a phrase I often used when discussing my future life goals. After high school, I knew that I wanted to pursue a college degree, purchase a new-ish car, get married, travel, buy a house, and maybe even have some kids. Each step seemed mapped out for me. Parents, teachers, coaches, and guidance counselors always said that those were the steps that would set most people up for a successful life. However, there's a big catch.

Our society puts a startling emphasis on the order you should pursue each step. We've all heard about the importance of "doing it the right way" and that if we do, our lives are set up for optimum happiness.

The problem is, it doesn't always make sense to take each step in that order. Many people choose not to because they may want different things from life, or they want them in a different order. As a millennial, I am proud to know other millennials who independently own homes, are single parents, are pursuing a degree years after graduating high school, or even own businesses! The point I am trying to make is that each of those accomplishments is equally important, no matter the order in which they are achieved.

My journey happened to follow the typically encouraged path. I graduated from college, got married, bought a house, traveled, bought a new car, and kids are most likely in our future. I recognize that massive parts of my accomplishments are due to a combination of privilege, help along the way, and a lot of hard work. But, I always wonder if doing it in that order was the best choice for me.

Roughly three years before I purchased a home, I was a highly qualified buyer (before I was married). But I didn't know it. I assumed it would be five or six years before I could buy a home. Looking back at the hundreds of hours I spent scouring brokerage websites, I feel a little bit of regret that so many dream homes slipped away from me, mostly because of ignorance. I feel a massive amount of regret when I calculated the $43,200 spent on rent those three years ($1,200 a month for three years).

I had a very foggy understanding of the real estate industry, and an even deeper lack of knowledge when it came to the actual requirements a first-time buyer has to meet. My main misconceptions were: I needed to acquire a massive amount of savings (around $40,000) for a downpayment and closing costs, I needed to pay my real estate agent as a buyer, that buying a house was risky and could leave me in financial ruin, and that a mortgage was a thirty-year commitment that was going to lock me down with hundreds of thousands of dollars of debt.

After going through the process, I shake my head and realize I had it all wrong.

In fact, I only paid $2,000 more for my mortgage downpayment than I did for the downpayment on my new car. I did not pay my buyer agent (other than with late-night calls, a million questions, and some glowing referrals).

I also realized I'd been paying someone else's mortgage when I paid rent - which made it an expense, not an investment. Lastly, I learned that most homeowners do not maintain the same mortgage for the life of the loan. Every concern that held me back for those three years wasn't valid.

The crazy part? Most Millennials share those very concerns and questions. We grew up during the 2008 collapse, so our primary representation of the housing market was formed during a tumultuous time. I remember friends moving because their families could no longer afford their homes, and watching the people I loved struggle - without any way to help. As a teenager, it seemed overwhelming and scary.

But, we have to remember that we live in a different time. I was lucky enough to share many conversations with a loan officer, Don Galvin, who explained the many steps that have been taken to avoid a future bubble of that magnitude. With his guidance and advice, I realized it's not 2008, and I don't need to let fear hold me back.

So why don't all millennials (those born in or between 1987-1996) pursue homeownership with gusto? I can only speak for myself, but I was hesitant to begin the process only to find it was out of my reach, and I didn't know how to ask the right questions, or who I was supposed to ask. I did a ton of research in my defense, but for every question that was answered, I could find three different contradictional online articles to challenge the first.

I only learned that I was indeed capable of buying a house when my good friend, whose a REALTOR, met me at a coffee shop and talked me through the process and what I could realistically expect during my homeownership journey.

A few short months after a conversation over lattes, I bought my dream home in a fantastic location. And the best part, I am now investing in myself and my future. Even though I sometimes think about the dream homes I missed out on, my disappointment is quickly quashed by the fact that I have a home that I love. A piece of the world that's just mine. And that's pretty cool. 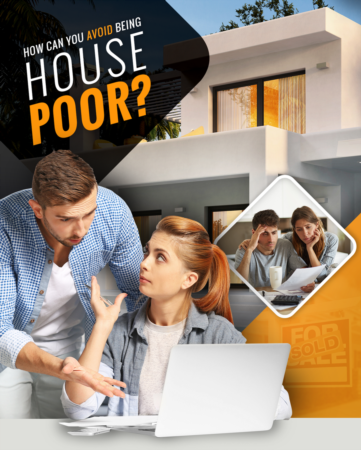 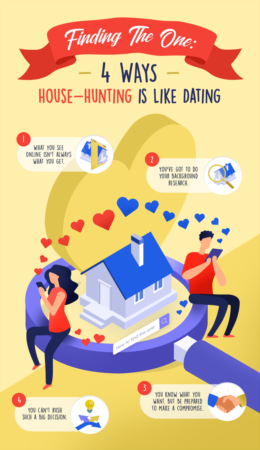 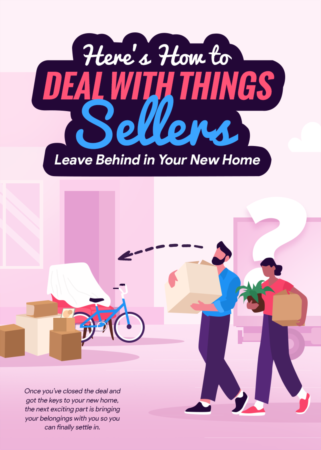